Back to the blog

“That’s what we built Carbon Lighthouse for — to stop climate change — with a mix of technology, equipment and machine learning to cut carbon emissions.”

In the United States alone, there are close to 6 million buildings — nearly one for every 60 Americans. Together, they produce 40% of the country’s total emissions, most of which come from day-to-day lighting, heating, cooling and appliances — making it one of the largest single polluting factors in the U.S.

“What that means is that it’s a massive prize, both economically and environmentally, that’s waiting to be tapped,” says Matt Ganser, EVP of engineering and technology at Carbon Lighthouse.

The Carbon Lighthouse business model and patented AI platform was developed to meet that climate change challenge by helping existing buildings reduce their energy use and overall carbon emissions.

It’s a major undertaking. Improving the energy systems of buildings is a complex, dynamic pursuit. Buildings are an inherently chaotic space, with a mixture of control systems, interoperability, data standards, and equipment configurations, worsened by the fact that most buildings standing today pre-date the end of the Cold War.

This is where Carbon Lighthouse has put machine learning (ML) to work. They can analyze, optimize, and monitor every system — lights, air conditioning, HVAC, and ventilation systems — to maximize efficiency opportunities.

“Because of the work we’ve done over the years in expanding our models, capabilities, and data reach, we’ve gone from reducing the equivalent of the emissions of a few cars to having reduced the emissions equivalent of 12 power plants,” Ganser says.

To make a building more efficient, Carbon Lighthouse needed to understand how each space is used across multiple occupancy and weather variables, including things like weekdays vs weekends, a typical work day vs a holiday, or from a winter morning at 6:00 AM versus summer peak at 4:00 PM. The company needed to understand how the building systems responded in concert to these dynamic conditions. 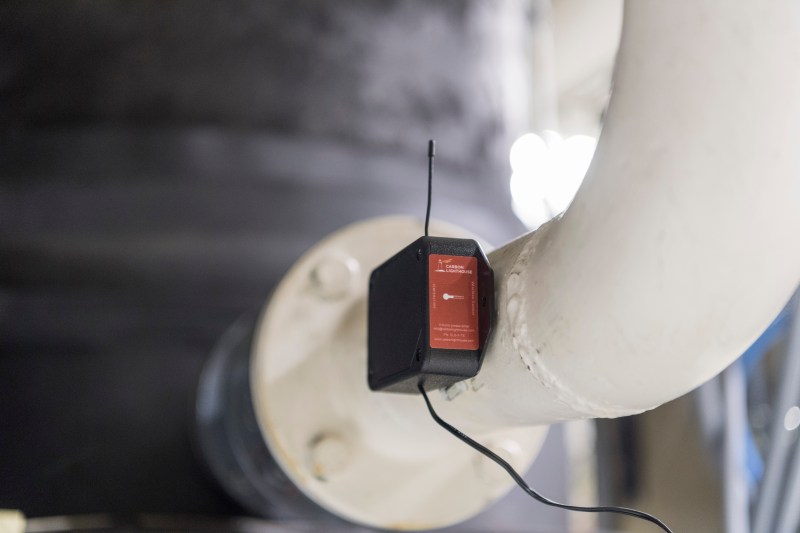 A large part of the solution was data.

They can then extract these massive data streams and bring them together in their patented AI-based platform CLUES®, which models the energy being consumed throughout the building to find areas to optimize energy use. CLUES is continuously learning from an expanding wealth of real building data it ingests from each building it services. It then passes on those learnings to the company’s data scientists, who can use the information to build algorithms to further decrease future emissions. 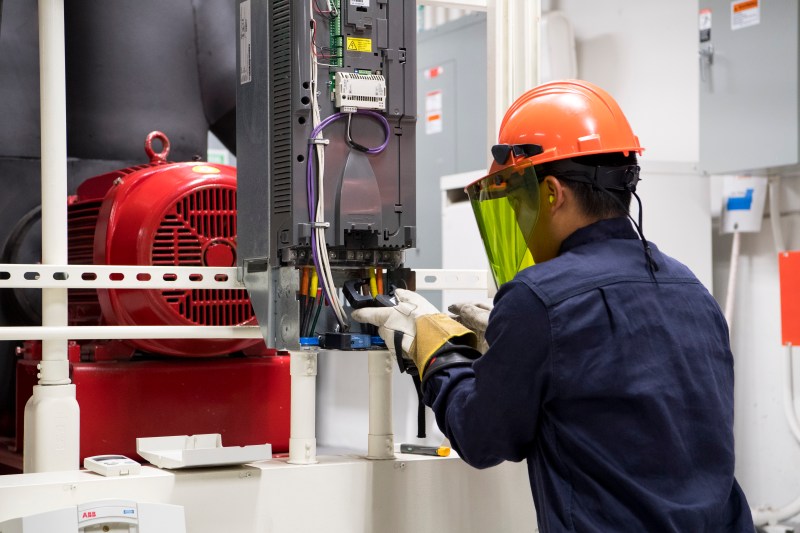 “We realized that fundamental assumptions about energy load were wrong, and the rules of thumb that people use when sizing equipment were just off,” Ganser says. “Data was a huge enabler to analyze the problems and gain efficiencies.”

Their platform leverages a number of AWS technologies, including EC2, S3, RDS, Dynamo DB, which offers the big data building blocks they need, while eliminating the operational challenges that go into managing databases and worrying about data at scale.

Carbon Lighthouse’s machine learning algorithms learned to model a building’s energy use over time, from the building level to the system level. The company’s data scientists can experiment and change the parameters in code to understand how the building could be operating differently and more efficiently.

They have now processed data from over a hundred million square feet of commercial real estate, which provides deep data analytics into HVAC and lighting systems, allowing the platform to uncover and apply efficiencies at a scale not possible before. 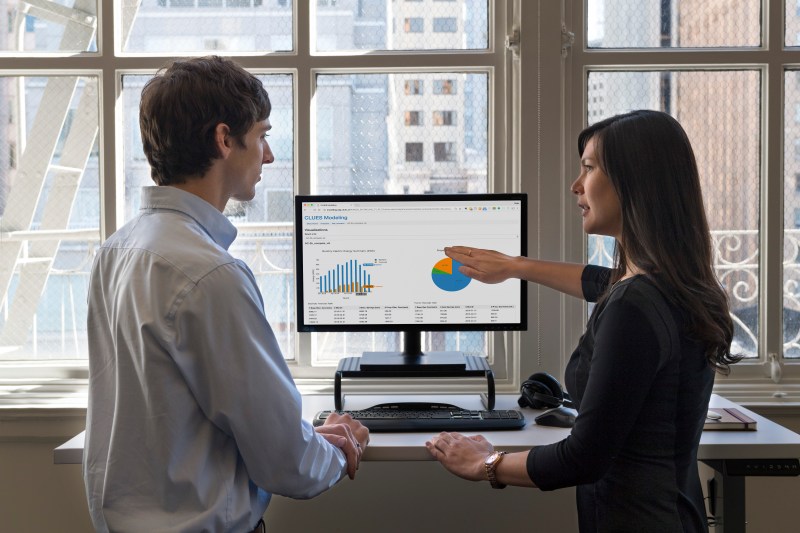 The technology not only uncovers opportunities to dramatically reduce carbon output, but it also increases a building’s value at any stage in the asset life cycle by about five to 10 dollars per square foot and provides guaranteed operating expense reductions.

“We can really focus on building out products and value to our internal customers, not having to worry about a lot of that infrastructure and data engineering that you often run into in trying to build out a big data platform,” Ganser says.

Machine learning is also essential in the performance management process. Even after the company implements changes to a building, they continue to collect data streams after implementation and continuously monitor the building for faults or changes in operations. They then work with the client to make sure their building management systems and its components are all still functioning as expected.

The future of the fight against carbon emissions.

“Right or wrong, capitalism is the economic engine of the world,” Ganser says. “And so in order to really make a difference within the sustainability space, it has to have a financial argument to go with it that matters to business, and in a timeframe that matters to investors. And we are helping bridge that world a little bit.”

The conversation is finally changing — the investment community is starting to ask about sustainability because it’s become clear that more sustainable decision-making tends to have financial staying power over the long run.

“Because of our technology,” explains Ganser, “we’re now able to process and scale to meet this increase in attention around energy consumption — and meet the demands of our clients.”

How to Solve for Tenant Energy Demand to Achieve Local Law 97 (LL97) Compliance
The new Biden administration is rolling out rigorous climate plans that call for carbon ...
February 16, 2021

LET'S GET TO WORK!